Glyphosate (IUPAC name: N-(phosphonomethyl)glycine) is a broad-spectrum systemic herbicide and crop desiccant. It is the  most widely used broad-spectrum herbicides in the world. It is used to kill weeds, especially annual broadleaf weeds and grasses that compete with crops.

Clean Up is absorbed through foliage, and minimally through roots, and transported to growing points. It is an organophosphorus compound, specifically a phosphonate, which acts by inhibiting the plant enzyme 5-enolpyruvylshikimate-3-phosphate synthase. It is therefore effective only on actively growing plants and is not effective as a pre-emergence herbicide 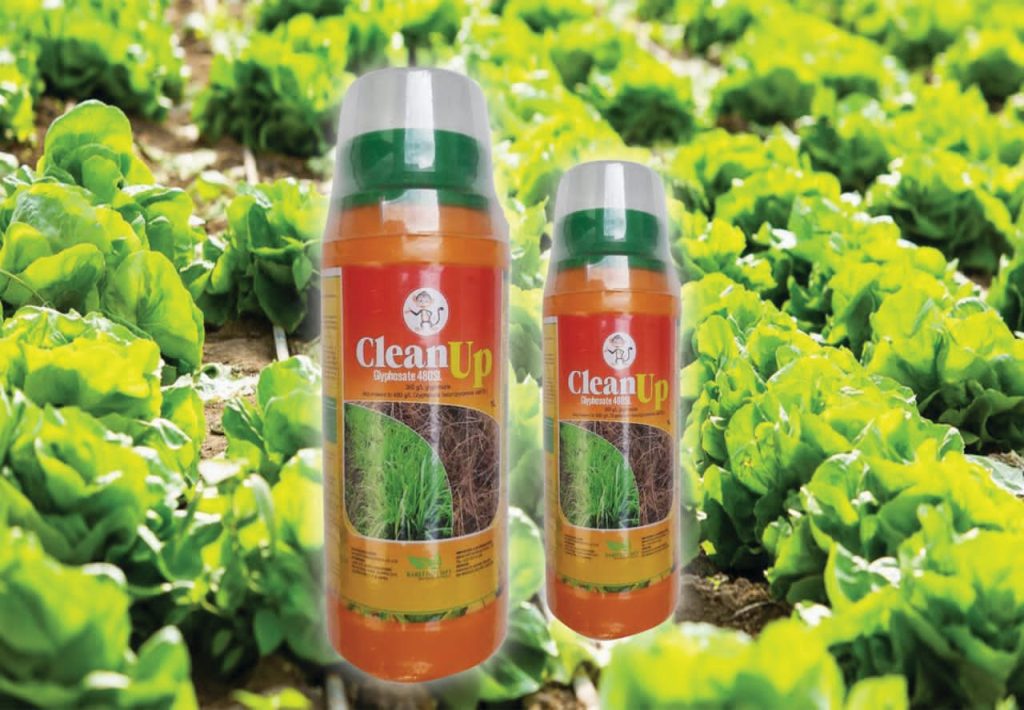 Clean UP is soluble concentrate, non-selective, systemic post-emergence herbicide that is effective in controlling perennial and annual weeds in agriculture as well as in non-crop and all stubborn weeds. ...
Read More

Performance of Clean Up is affected by many factors including formulation, Spray additives, Spray volume, water quality and time of day. Keep in mind that any condition that reduces the growth rate of plants probably will reduce the activity of glyphosate.  Under these conditions, consider all factors that influence herbicide activity in order to minimize the risk of control failures.

The potential for control failures varies widely among weed species based on their inherent sensitivity to glyphosate.  Control of giant foxtail with glyphosate is less likely to be affected by environmental conditions than velvetleaf simply because giant foxtail is much more susceptible to glyphosate.

Use of too low of rate for the target species and plant stress caused by environmental conditions are the primary source of control failures with Clean Up.

Use the following form to send your Message

We distribute and sell Agricultural inputs in all regions of Tanzania. We have herbicides, fungicides, fertilizers, insecticides, seeds and tools as well as equipment.

We provides business and technical advice and support to farmers and persons or companies which engage in selling and distribution of agricultural inputs as well as agriculture production.

BareFoot International is an agribusiness company registered in Tanzania for the purpose of merchandising all agricultural inputs including fertilizers, seeds, agrochemicals and farm equipment.